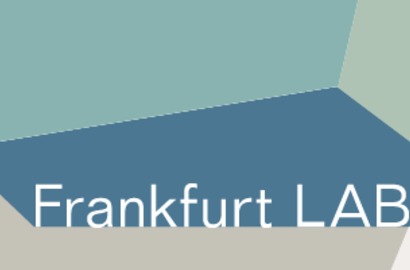 The Frankfurt LAB is a rehearsal and performance space for experimental work in the performing arts and music with two performance halls. Its’ partners Ensemble Modern, the Forsythe Company, Hessische Theaterakademie, Hochschule für Musik und darstellende Kunst, and Künstlerhaus Mousonturm share the artistic responsibility.Since 2014 the Frankfurt LAB is hosting...

The Frankfurt LAB is a rehearsal and performance space for experimental work in the performing arts and music with two performance halls. Its’ partners Ensemble Modern, the Forsythe Company, Hessische Theaterakademie, Hochschule für Musik und darstellende Kunst, and Künstlerhaus Mousonturm share the artistic responsibility.Since 2014 the Frankfurt LAB is hosting an annual residency program. The residency is meant for artists from every dicipline. It offers a month’s worth of time for research, prepare and progress of artistic work in one of the given rehearsal spaces. A residency means not only having a rehearsal space, but also technical equipment (as much as is available), basic technical assistance, as well as financial help for the needed material and a 700 Euro grant for each of a maximum of 2 people to a group, eventually also travel and accomodation costs. The Frankfurt LAB will also offer the possiblity to present the results within the the format Miniaturen (Miniatures).2015 two residencies can be offered. The selected groups will be provided with a rehearsal space from Sep. 1st to Sep. 29th, for two weeks of the rehearsal time, the big hall of Frankfurt LAB can be offered, which will be devided in two studios, leaving about 250 square meters per studio.
Frankfurt LAB's residency is made possible by the Kulturfonds Frankfurt RheinMain and the Land Hessen, as well as the BHF-Bank-Stiftung, the ALTANA Kulturstiftung, the Crespo Foundation, the Adolf and Louisa Haeuser Stdtiftung and the Stiftung Polytechnische Gesellschaft.


APPLICATION
The apllication form can be download onwww.frankfurt-lab.de/projekte/detail/residenzprogramm.html. In the form the applicants are asked to provide some information about their research project, about the motivation to apply and some video links to recent works.  An additional project description can be, bust doesn't have to be added (per pdf file, via email). The decision for or against applications will be made by one representative of the partner institutions. Please send your application till april 30th to residencies@frankfurt-lab.de.
Please send any further questions, as well as your application to: residencies@frankfurt-lab.de
The applicants will be informed about the juries’ decision on May 30th.
Residence phases 2014:Sep. 1st - Sep. 29th 2015

At the end of 2009 through the initiative of the Ensemble Modern, the Forsythe Company, the Künstlerhaus Mousonturm, the Hochschule für Musik und darstellende Kunst and the Hessische Theaterakademie the charitable location Frankfurt LAB was funded. Since then the association has been running 2 halls of 900 square meters in total on the space Kommunikationsfabrik in Frankfurt's Gallusviertel. It is shared by the partners equally. An ideal rehearsal space and performance venue was created - in the Frankfurt LAB artists are presented with rehearsal time and space in an unconventional dimension, they are able to create new pieces and forms of performance and work experimentally and openly in the laboratory. The Frankfurt LAB offers space for pieces which would not be realised in the constraints of an ordinary theatre hall.The responsibility for its artistic profile lies in the hands of the five partner institutions and their artistic directors. The Frankfurt LAB itself has a staff of three - two permanent positions and a voluntary social year. Other than the help of the permanent staff, the artists are offered two shifts to work with technicians to optimize their technical setup.The production hall, hall 1, is the larger of both halls, 652 square meters in total, and is equipped with a stage floor and a lighting rig. The walls are in a light colour, but with an all-round curtain system the hall can be transformed into a black box. The hall also has a movable and individually adjustable sitting tribune. The technical basic equipment of the hall includes video technique as well as lighting and audio equipment.The hall will be separated in the middle by a curtain, creating two studios (250 and 350 square meters) for the time of the residency. Both studios will be equipped thoroughly with lighting and audio for the rehearsing groups. The big hall will be available for two weeks, for the preperation from Sep. 1st to Sep. 14th the Z studios next to LAB will be offered (www.zzentrum.org) A kitchen, changing rooms and showers are further spatial features of the Frankfurt LAB.

In the framework of Miniaturen the research work can be introduced to the public at the end of the residency period. We invite to show a draft of the work en miniature, this could be a movement study, a lecture, a small scale installative setup or a theatrical experimental arrangement.The Miniature shall not so much present a finished work, but rather enable the residents to take up a reflective attitude towards their research in Frankfurt LAB.