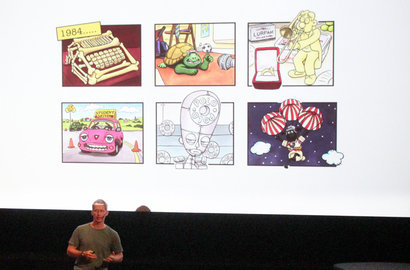 „Everything I said to you I firmly believe in“  Merlin Crossingham concluded his seven hour lecture at the Filmmuseum in Frankfurt for the students of our network.

A Creative Director of the world-class Animation studio in England, Merlin started there some 20 years ago as an animator for characters like Wallace and Gromit, Chicken Run, Morph etc. As a director he has nowadays sometimes...

„Everything I said to you I firmly believe in“  Merlin Crossingham concluded his seven hour lecture at the Filmmuseum in Frankfurt for the students of our network.

A Creative Director of the world-class Animation studio in England, Merlin started there some 20 years ago as an animator for characters like Wallace and Gromit, Chicken Run, Morph etc. As a director he has nowadays sometimes 11 shooting units parallely. And he is still „always learning and growing“.

It was an outstanding lecture providing great insights into Aardman’s animation philosophy, and Merlin’s profound experiences. The well structured lecture and Merlin’s personal way of presenting with lots of humour (yes, he had some training as actor!) made the masterclass perfect.

All those, who were not able to attend this masterclass, can find some key points of his lecture below.

Understand Animation as a craft!
Animate blind - do not stick to your drafts and papers - do your animation & focus on it.

Anticipation of movement - understand where the movement comes from.

If you want to make the piano look human let it move with curves & circles. Know the rules of physical & physics (e.g. ‚gravity always wins’) - and then break them.

Animated physics should be exaggerated to make it credible. Little cheats makes the effects slightly fancy. 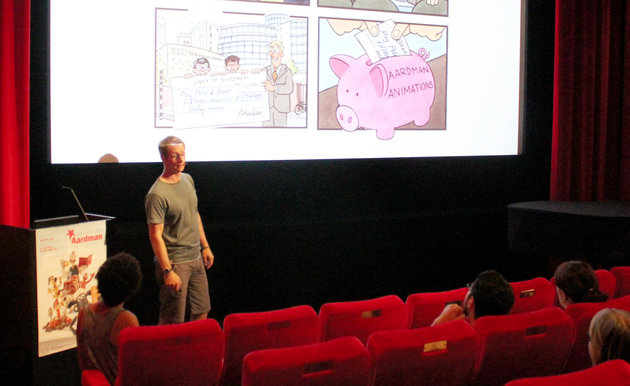 Making mistakes is a valuable thing for animators.

Be inspired by your mistakes - you'll become more intuitive in your work.

Instinct plays a big part. You need to get an idea where the film will go - wearing the project like a second skin.

Have intuitive control over physical movements - understand the basics.

You should give the project as much as you can. His aim: make the audience happy. A film provokes & touches the feelings of the audience, that means working with a very personal issue.

you understand the whole film.  Get under the skin of the film. The project should become a part of your life, as eating & drinking - you have to invest in it.

It’s easy to lose sight of the big picture. But this is, what a director has to do. Creating synergy is the result of good directing. Empowering the team is also something emotional, it makes a good crew.

As a director he has sometimes 11 shooting units parallely – so can not be on all the spots. Workflow: Briefing the photographer & animators  and then leave them - this takes lot of trust. 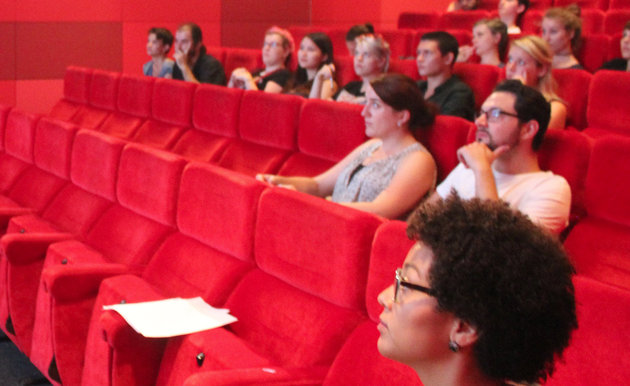 Learning from the best - and getting inspired! (Foto: DFI)

The crew is made of the most important people: they are making the film. Therefore a good director is a good people person. Get those people to make the film according to your vision.

The energy a director gives to the film is sensed by the crew - empower the crew- it's them making the film!

Is often first contact of the crew with the film. Story Board is a production tool - master document - good for a reality check: How much of what is drawn is feasible to put into animation?

All animators should be actors, as you are acting through your character - bring him to life.

Character performance is in the center of context.

Animators need to come to the stage that the craft of animation becomes their second nature – that they think about performance.

As human beings we are are all experts in body language.

Small children who can’t speak with words speak with their whole body.

Body language is the heart of expression

Thoughts are hardest to animate, as they don't have a personal sound. 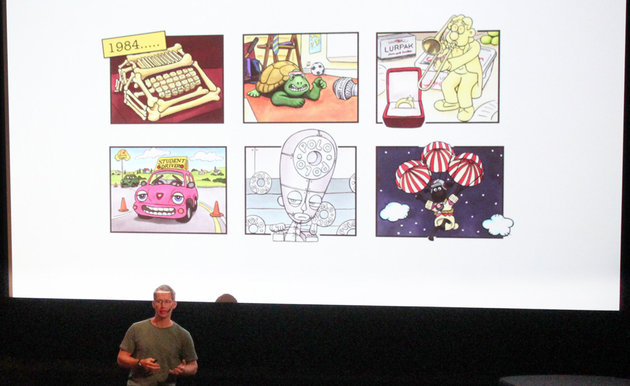 Always ask yourself: What's the best for your project, not for your ego or because you like to do it.

Movements are not always necessary. Sometimes it’s good for the animator not to touch the puppet - as good pauses can do as well. Pauses are sometimes the best moments of animation (e.g. when someone is immobilized by anger).

What counts in animation is also the rythm: Combine fast & slow movements.

The future of animation

Technology moves so fast, nobody knows how animation will develop in future. The way you will tell the storys will change (number of frames, filmlanguage faster, stories constructed in different ways).

What will not change is: the need for good ideas - good storytelling- good character performances. This needs to have connection with humanity- it’s fundamental to human culture - storys were told through human history at campfires.

Minutes were taken by Anja Henningsmeyer